Why Abdij de Westerburcht? There has never been an abbey in Westerbork? That's correct! The name is dervied from Abdij de Koningshoeven in Berkel-Enschot. The Trappist beer La Trappe is being brewed here. 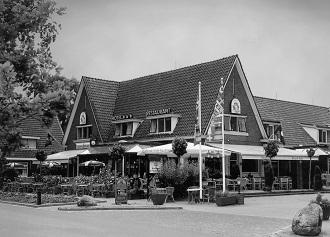 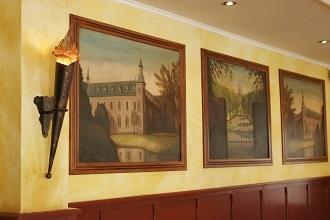 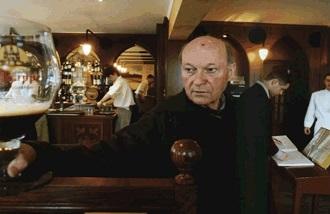 La Trappe, the name of the beer brewed at Koningshoeven, was The Netherlands' first trappist beer. Only when the beer is brewed in a Trappist abbey under supervision and responsibility of monks, the beer may be called 'Trappist beer'. La Trappe is brewed in an artisanal way, by one of the monks developed formula. It only involves natural ingredients, such as hop, barley malt and yeast. The brewery uses water from its own source.

The fermentation takes place with a yeast type that is most active around 18 to 20 degrees Celsius. This type of fermentation is also known as top fermentation. Bottles will be filled with the beer, yeast and sugar. This way the La Trappe ferments further on the bottle and a unique aroma develops. In 1998, David de Leeuw took over Abdij de Westerburcht from his parents. The hotel already had 37 rooms at that time, but David really wanted to stand out with his hotel and restaurant, but also rooms and terrace. Looking for the ideal theme, he went to visit Abdij de Koningshoeven in Berkel-Enschot with his father. There they met Brother Samuel and he showed them the way. He passionately told them about the values of La Trappe, the history, the authentic elements, the philosophy. Shortly summarized: An honest beer. After the informative day and while they were drinking a glass La Trappe in the tasting room, Brother Samuel dared David to base his location of the style of the Abbey in Berkel-Enschot. He gave David a stained glass window which he could use in the hotel. This meeting resulted in The Westerburcht becoming Abdij de Westerburcht. From that moment on Abdij Koningshoeven was taken as an example for construction work and changes in Abdij de Westerburcht.